SCITUATE RHODE ISLAND LAND TRUST & CONSERVATION COMMISSION
The Land Trust recently received two grants: a DEM Recreation Trail grant in the amount of $99,553 and a Congressional Appropriation grant in the amount of $290,000. Below you will find info on both grants, including a summary/breakdown of work to be down on various properties.
RI DEM AWARD LETTER
LT Letter to the Town Council re: Federal grant
LT CC Grant work summary 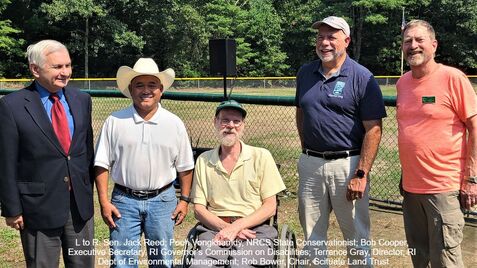 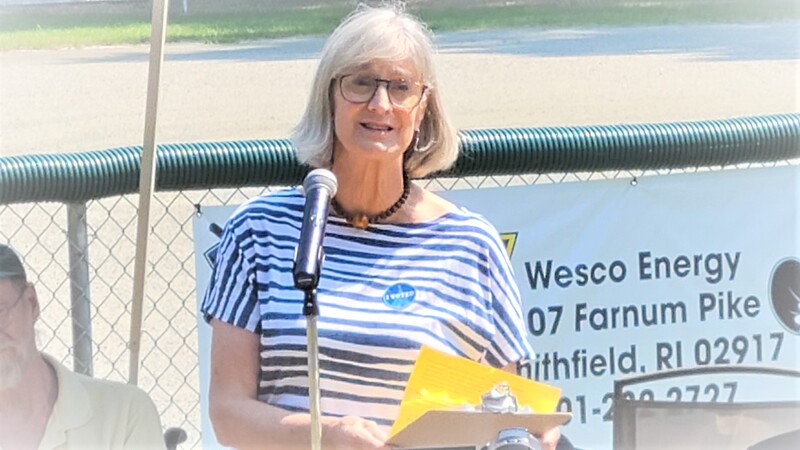 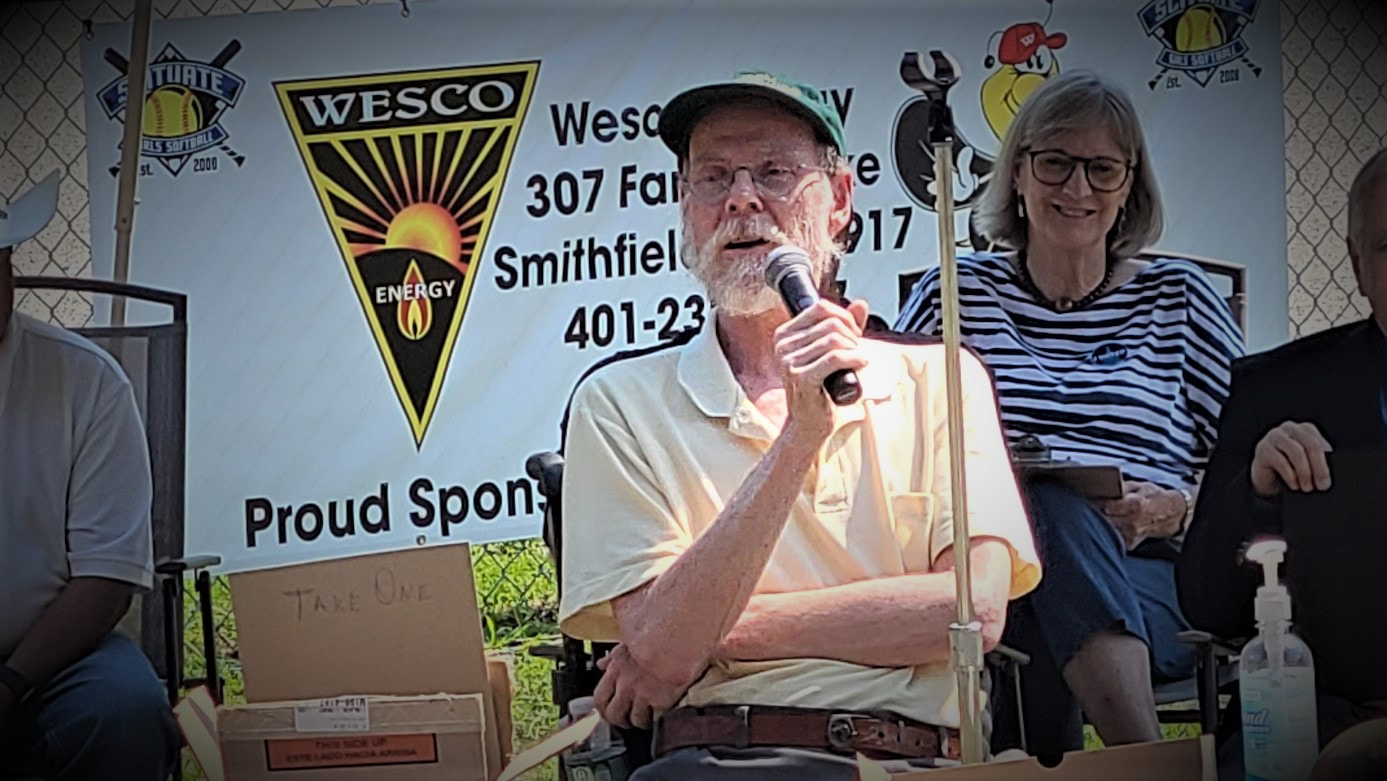 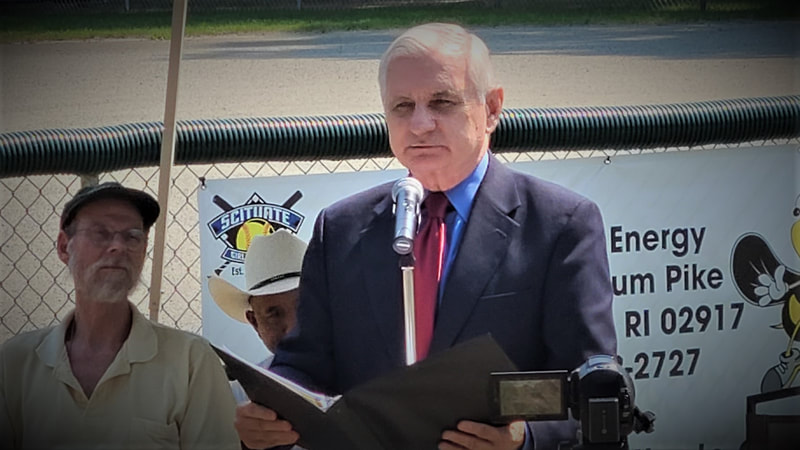 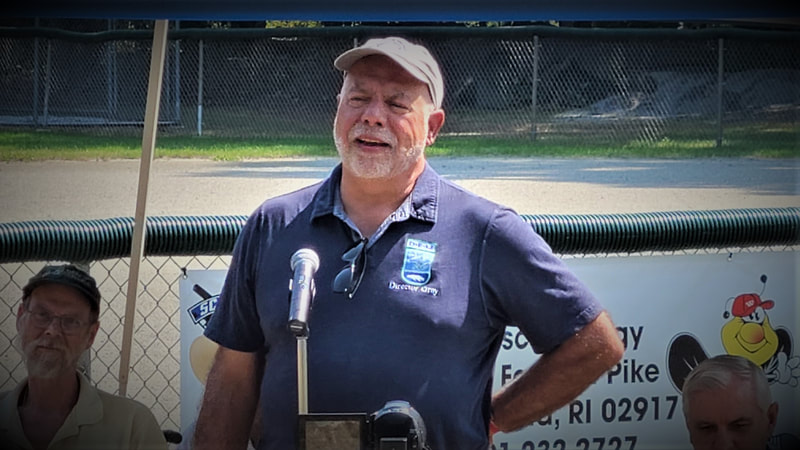 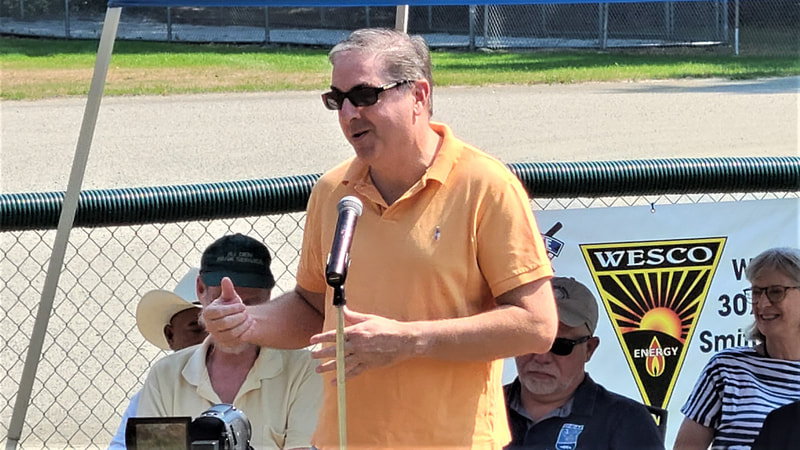 You are cordially invited to the 19th Annual Meeting of the Scituate Conservation Commission and Land Trust on
Tuesday, July 12 2022 at 6:30 p.m. at Esek Hopkins Park
(at the corner of Battey Meetinghouse Road and Danielson Pike, opposite the State Police Barracks)

Following a brief business meeting, we will present the 2022 Alice M. Howland Conservation Award to a deserving local conservationist. And once again, visitors will be treated to a guided hike in the park. 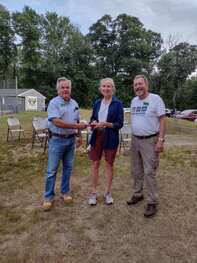 ​Mary Manning-Morse receives the Flame Box Elder pen as the 2022 Alice M. Howland Awardee, presented by Scituate Conservation Commission Chair Tom Angell (left) and Scituate Land Trust Chair Rob Bower.
The Scituate Conservation Commission (SCC) and the Scituate Land Trust (SLT) are pleased to announce this year’s recipient of the Alice M. Howland Conservation Award.
Mary Manning-Morse received the award at the SCC and SLT Annual Meeting outdoors at Esek Hopkins Park on July 12. Ruth Strach, last year’s Howland Award recipient, introduced Mary at the award ceremony.
Prior to the award presentation, Mary had been asked to share some remarks about the history of Hope Associates and their partnership with the Land Trust. She said that Alice Howland, a resident of Hope, called a meeting on December 5th in 1944 to encourage community activities along the river in Hope. That was the genesis of Hope Associates, which was founded in 1950 as a nonprofit organization to protect, conserve, and maintain the land in Hope along the Pawtuxet River and to provide a venue for community programing. The original grant of land is now known as Hope Pond and includes Salisbury beach and the Howland barn. In 1946 Miss Howland founded the construction of Doctors Field, used by veterans returning from World War II. Hope Associates also owns the parcel containing the beautiful village green acquired in 1997 and created from a run-
down lot on Main Street in the village, as well as a parcel across the river called the Green Forest, which is unimproved but under a forest management plan. In the 1990s Hope Associates acquired the Trott-Perry Preserve, north of Doctors Field, named for the two doctors, Raymond H. Trott and Thomas Perry, Jr., who were former owners and conservation supporters. Trails there afford a beautiful, cool walk on a hot day. The Land Trust holds a Conservation Easement on two of these parcels, which forms the basis of the relationship with Hope Associates. An adjacent lot, owned by the Town and thought to have been originally donated by Miss Howland for a library, which was later built at another location, will be the site of a small parking lot to access the Doctors Lane trails. She noted that Hope Associates is a 100 percent volunteer organization supported by grants and donations. She said Hope Associates is grateful for the support of the Scituate community and in particular support of the trail grant around Doctors Lane.
Following Mary’s remarks, Ruth began introducing the new Alice M. Howland Conservation Award winner. She described this person as a woman of great talents, like Miss Howland, smart and well educated. And she emphasized that this person has said “yes” to requests for service in many community roles, including serving on the Scituate School Board and spending many hours on the Town Charter initiative.
Mary was surprised and grateful to receive the award. She was presented with a pen made of Flame Box Elder wood created by local woodworker Matt Davidson. And her name will be engraved on a gold leaf and added to the tree plaque in Town Hall.
The Alice M. Howland Conservation Award recognizes an individual, group or organization that has rendered outstanding service, either recently or over a period of years, to natural resource conservation in the Town of Scituate. Formerly of Hope, Alice M. Howland was one of Scituate’s pioneers. An 1896 graduate of Vassar College, Miss Howland (as she preferred to be called) donated her large barn and farm property along Hope Pond on the Pawtuxet River in 1932 to be used by the village as a community and recreation center. Today, Hope Associates carries on her legacy and continues to provide these opportunities to citizens of the town at this location. In 1951 Howland became the first certified Tree Farmer in Scituate. Her family’s interest in conservation can be traced back to their interest in forestry and tree planting efforts they undertook on the family farm as early as 1913.